La Laiterie du Berger, the trajectory of a social enterprise in Senegal 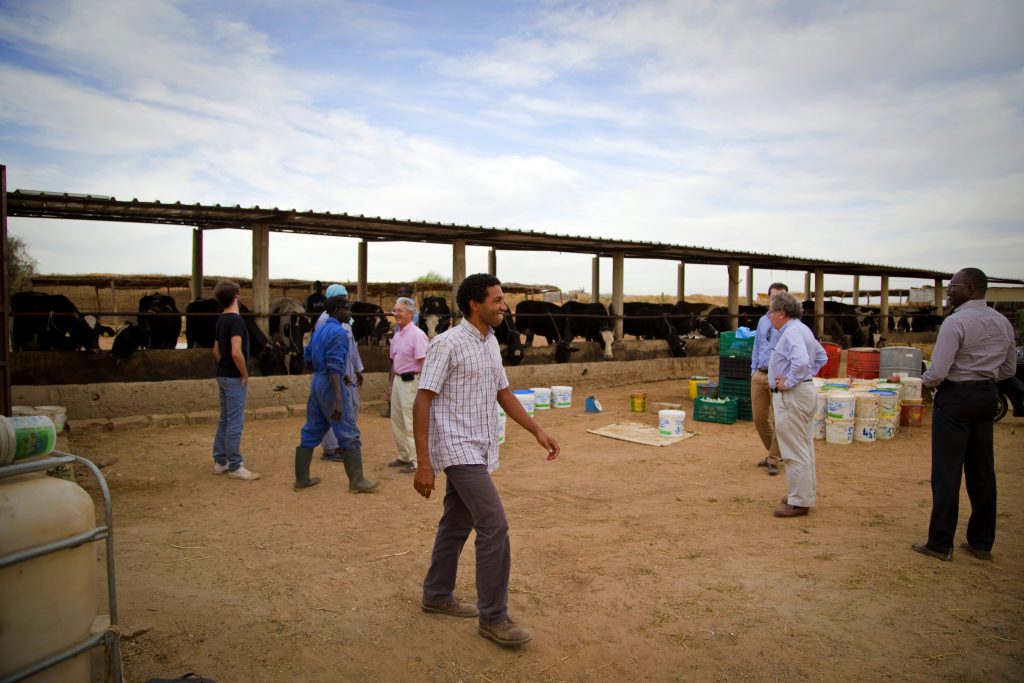 Jérémy Hajdenberg reviews the history of the Senegalese company La Laiterie du Berger and its founder Bagoré-Xavier Bathily. Valuing local dairy production, the main objective pursued by La Laiterie du Berger, has proved to be a difficult choice in the Senegalese context, but the company has been able to adapt and evolve, to become a major reference on certain agro-industrial issues in Senegal.

Born to a French mother and a Senegalese father, Bagoré-Xavier Bathily grew up in Dakar until his high school diploma, before going to Belgium to study veterinary medicine. He first worked as a veterinarian in France, before working in Mauritania for an NGO producing yoghurts with local milk, an approach he used to create the Laiterie du Berger in Senegal in 2005. Bagoré-Xavier Bathily observes the difficult living conditions of Fulani herding families in Senegal, and launches his company in order to better valorize the local milk production. Nearly 90% of the milk consumed in Senegal is imported as milk powder, while more than 30% of the population traditionally depends on livestock farming.

La Laiterie du Berger directly collects the milk from small producers. The company works with a network of 900 farmers in the Richard Toll region of northern Senegal, where its factory is located. These farmers are spread over four tracks that the company’s vehicles drive daily, within a distance of fifty kilometers around the production unit. Controlling transport is a key issue, as it is important that milk is stored in cold storage as soon as possible after milking the cow, as farmers do not have refrigeration systems.

But this system collects too little milk in the dry season, especially in the years following a drought: the daily production of each dairy cow then falls to about 5 liters per day, compared to almost 15 liters per day in the winter season. To address this situation, the Laiterie du Berger supports the increase of farmers’ production in various ways: setting up village-based groups receiving training on good animal breeding practices, supporting the construction of wells and hydraulic structures, selling livestock feed at a subsidized price to livestock farmers, organizing artificial inseminations to improve livestock productivity…

The income that farmers have been able to generate through the sale of their milk and all these actions is considerable, and has direct impacts, for example in terms of children education (for more details, see the article published by Mr. Parisse in Facts magazine: Developing local Dairy production: the Laiterie du Berger, Senegal). Since 2013, these actions have been completed by the creation of a pilot farm, breeding cows of a hybrid and more productive breed. The plan is to expand this farm and offer it as a model to farmers who would then be supported in the creation of their own mini-farms. This will further strengthen the remarkable impetus given by Laiterie du Berger to the dynamisation and structuring of the dairy sector in Senegal.

The audacity and originality of its approach, as well as its know-how in terms of communication, have already earned its founder, Bagoré Bathily, great recognition, amply deserved, in the world of West African entrepreneurs, and to be among the few icons of his generation.

Launch of the blog "Entreprenante Afrique"