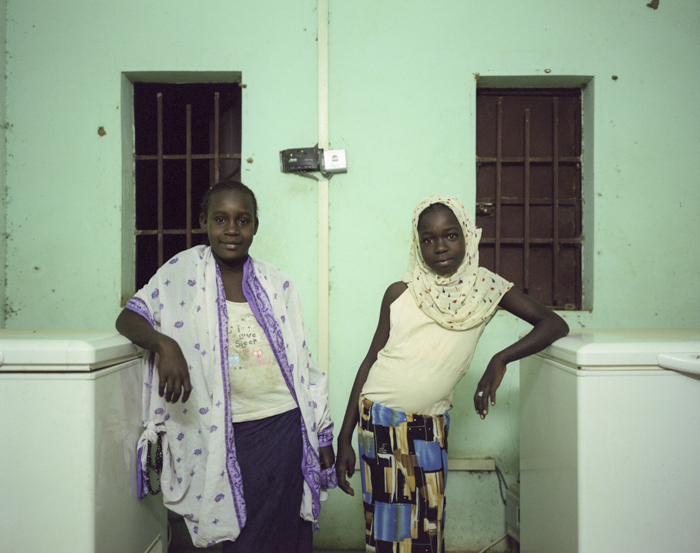 Today, many young girls face significant barriers in accessing education (primary, secondary and higher education), in obtaining decent and remunerative employment, in accessing finance, etc. Their education is often considered a low priority, when in fact it is a first step towards their emancipation and empowerment.

Sub-Saharan Africa has 30 million children excluded from the school system. Girls, rural populations and marginalized communities are particularly affected. One of the most persistent obstacles to girls’ schooling is the low value placed by society on their education. When schooling is no longer compulsory, families do not enroll their daughters, not only for financial reasons but also because of social norms (keeping girls at home, early marriage and maternity, inadequate school infrastructure, discrimination, etc.).

Primary education has received significant support from Governments and development aid, which has led to considerable progress. In Sub-Saharan Africa, 34% of countries had achieved gender parity in primary education by 2017. This performance falls to 21% for lower secondary, 5% for upper secondary and 0% for tertiary education[1]. Due to a lack of sufficient financial and human resources, higher education has received less attention, even though the needs are immense and gender inequalities blatant.

To become true actors in the development of their region and their country, girls and young women need continued access to relevant and quality education. Second-chance’ programs for vulnerable women and young women who have not received sufficient education to enable their empowerment may be considered. UNWomen is developing its Second Chance Education and Vocational Learning (SCE) program to provide a comprehensive solution for marginalized women and young women who have missed out on education and who are at risk of being left behind. This project aims to develop context specific, affordable and scalable learning, entrepreneurship and employment pathways for empowering the world’s most disadvantaged women and young women.

It is also a question of changing mentalities, for example by developing gender-neutral educational content and setting up awareness-raising activities designed to change the perception that both men and women may have of the career prospects open to young women.

Significant differences between men and women have emerged in the labor market, according to sector of activity; occupation and type of employment (vertical and horizontal gender segregation). Women frequently work in sectors where they are less likely to benefit from training that could lead to career development or a change of occupation. Africa is the second least egalitarian region in the world in terms of women’s participation in the formal economy. Nearly 90% of employed women on the continent work in the informal economy, compared to 83% of men[2].

Women’s participation in the world of work and their professional advancement also face considerable obstacles that are the result of sectoral and organizational cultures and practices dominated by values, beliefs and patterns of behavior (encouraged or reinforced by social norms and institutions).

Women are thus less likely than men to study science, technology, engineering and mathematics. In 2013, the share of women graduates in science and engineering was 19% and 21% respectively in Burkina Faso and 27% and 18% in Ghana[3]. Lack of information on opportunities in these male-dominated sectors, psychosocial factors, lack of role models, networks and biased gender norms are some of the factors that explain these dynamics.

In addition to traditional skills such as literacy and numeracy, digital skills have long since become one of the key areas of expertise for the 21st century. 55% of women entrepreneurs say that improving their technical expertise is a priority. However, nearly one billion girls worldwide (65% of all girls and young women under the age of 24) do not possess these skills, that are essential to participate in the world of work in the future. Some players have already positioned themselves on this issue. This is the case, for example, of the Ghana Code Club[4] that, with its “Code on Wheels” project, will organize a mobile coding workshop for girls and women aged 12-24 in different regions of the country. The workshops provide participants with a fun and practical introduction to computer thinking and technical skills.

… in favor of the economic and social emancipation of women.

These economic opportunities then play a central role in social relations and enable women to assert themselves as members of the economic society, which is a first step towards empowerment and emancipation.

Giving more women access to economic opportunities, entrepreneurship, free consumption and the chance of being an integral part of economic life not only significantly reduces gender inequalities, but also transforms society and the economy as a whole. Indeed, gender inequality hinders economic and social development. It is estimated to cost sub-Saharan Africa an average of US$95 billion a year, peaking at US$105 billion in 2014 – or 6% of the region’s GDP –[5] which undermines the continent’s efforts for inclusive human development and economic growth.

Access to quality education, especially for girls, is thus essential to combat the cycle of poverty and to ensure a more inclusive society with equal opportunities for all.

[3] Is the gender gap narrowing in science and engineering, Unesco, 2015

Camille is in charge of Business Development at Investisseurs & Partenaires. She works within the IP Education to Employment (IP2E) team, a hybrid financing program aimed at improving the employability of African youth.

Prior to joining I&P, Camille worked in an international solidarity association working in the fields of schooling and vocational training in West Africa and in a sustainable development consulting firm. She will be graduated in 2021 with a Master in Management from Edhec Business School.