Digitalization: a solution for sustainable development? 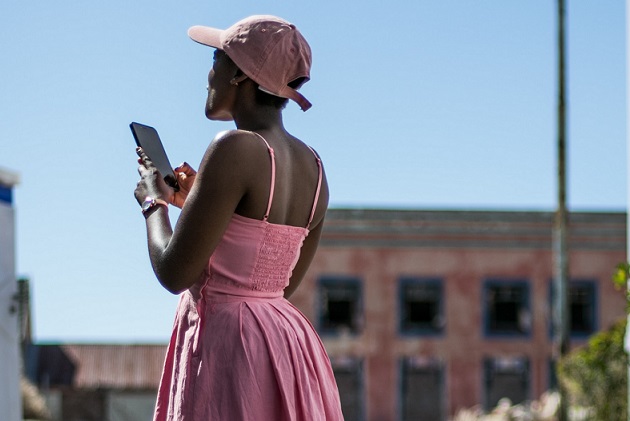 Digitalization can contribute to the economic growth of developing countries, particularly by promoting private sector development and financial inclusion. The deployment of broadband Internet makes it possible to improve productivity and thus the growth potential of companies. The spread of mobile financial services encourages the fluidity of transactions, entrepreneurship, and the formal sector, facilitating fiscal resource mobilization, a major challenge for developing countries. For its effects on development to be sustainable, adequate management of the risks associated with digitalization should be implemented.

The use of the Internet makes it possible to increase the performance of companies in developing countries significantly. Based on World Bank Enterprise Survey (WBES) data aggregated by location, Cariolle, Le Goff and Santoni (2019) show that a 10% increase in Internet use increases the average sales of developing country firms by about 37% and their average sales per employee by about 22%. These positive effects are mainly driven by the service sector.

These productivity gains come from a better transmission of information. Internet access makes exchanges between the firm’s interlocutors (customers, suppliers, etc.), who are sometimes very distant, less costly and faster. This leads to a reduction in transaction costs. Access to denser, faster, and cheaper information promotes knowledge transmission, which helps increase workers’ productivity and innovation.

However, these positive effects are only effective to the extent that firms adapt their processing capabilities to this massive influx of additional information (Cordella, 2001).

Moreover, NICTs facilitate developing countries firms’ access to international markets, which can boost their exports (Clarke, 2008) and their productivity. According to the “learning-by-exporting” theory, by acquiring new know-how in contact with foreign clients, and facing more competition, exporting firms tend to be more productive than others (Cruz et al., 2017).

Finally, the publication online of job offers and the development of digital professional networks expand the employment pools available to firms, and increase their chances of recruiting workers with the requisite skills. It is particularly vital for firms in developing countries where the recruitment of skilled workers is often a significant obstacle to their growth. Finally, the emergence of new online services, such as tax or customs payment services, banking services, etc., which are developing rapidly in Sub-Saharan Africa, constitute additional efficiency gains for businesses.

Financial digitalization promotes SMEs’ financial inclusion, the formalization of the economy, and the mobilization of fiscal resources.

Financial digitalization allows developing countries to benefit from significant catch-up effects. Developing countries are lagging in the development of banking infrastructure and networks. They have lower access to credit for businesses (33%, compared with more than 75% in advanced countries). Mobile financial services (MFS) have taken advantage of the lower-cost deployment of cell phone networks to offer a growing range of financial services to businesses: means of payment, credit, insurance, and savings. Firms’ financial inclusion is an important source of their productivity (L. Chauvet, L. Jacolin, 2016).

By promoting financial inclusion, MFS also contribute to the formalization of the economies of developing countries, where the informal sector accounts for a significant share of economic activity (35 percent of GDP on average according to the IMF). The use of mobile means of payment enables businesses to achieve significant productivity gains over cash through lower transaction costs. The use of MFS generates considerable amounts of data (big data) that simplify the assessment of borrowers’ creditworthiness. By reducing information asymmetries, the deployment of MFS improves access to credit for businesses, which is a powerful incentive for them to enter the formal sector. For example, Keneck, Jacolin, and Noah (2019) show that the introduction of MFS led to an average reduction in the share of the informal sector of between 2 and 4 percent of GDP over the period 2000-2015. These effects could be amplified with the diffusion of these services and their diversification.

Thanks to its incentive effects, digitalization can contribute to efforts to mobilize fiscal resources. While economic transactions in developing countries, particularly in their informal sector, are characterized by a predominance of cash, the development of MFS can increase the transparency of transactions and reduce their costs. Economic formalization can thus lead to a broadening of the tax base and better collection, as well as greater efficiency of tax and customs administrations, particularly in the fight against fraud. These indirect effects are in addition to the direct gains in resource mobilization generated by digitizing the tax administrations themselves (collection, fight against fraud), estimated at nearly $110 billion per year.

For digitalization to be a tool for sustainable development, the risks associated with digitization must be properly managed.

Thanks to its leapfrogging effects, digitalization (Internet access, mobile financial services) can be considered as one of the answers to the major transport infrastructure deficits in developing countries, which require, for Africa alone, annual investments in the order of  $47 billion. However, to benefit sustainably from the positive externalities created by technological innovation, the associated risks need to be managed as well as possible.

The digitalization process itself can provide answers to some of these risks, particularly in countries with limited administrative infrastructures. In addition to tax authorities, some developing countries have focused on digitizing and securing civil records or land registers. In India, the Aardhar biometric identification database covers several hundred million people, facilitating users’ authentication of digitized services. The increased transparency made possible by digitization, as well as the exploitation of digital data provided (Big Data) can also help combat illicit capital movements (money laundering, terrorist financing) and improve governance in these countries.

More generally, the fight against “cyber risks” (internal fraud, data theft, identity theft, service disruptions) is becoming a major issue in both developing and developed countries. The challenge is to ensure the reliability and protection of data both for businesses, particularly SMEs, and for the financial services that support them.

As a multifaceted and globalized process, the digitalization of businesses implies better international cooperation between national regulators and the very actors of innovation, first and foremost, concerning cybersecurity. In the financial field, which is of direct interest to central banks, this cooperation is conducted in particular through the various international standardization bodies or groups created by the G20, such as the Global Partnership for Financial Inclusion. Finally, creating a proactive and secure ecosystem for new players upstream by promoting exchanges between public authorities and digitalization players can finally help assess and manage the innovation risks upstream while promoting its development, following the example of the Labs created by several European central banks,.

Three webinars on the digital trust and the emergence of Africa will take place very soon:

SOAFIARY: the case of a socially responsible company in Madagascar

Covid-19: what impacts on the early childhood sector?